Leadership scrambled to create an all-virtual MSA after the COVID-19 pandemic struck in March, 2020. Staffed solely with volunteers, the makeshift virtual academy was free to all students, but a ragtag bunch of volunteers will not be enough to create future, in-person or virtual academies.

It is still unclear whether or not an in-person academy will be safe in June, 2021, but if so, fundraising efforts will be needed to offset its operating costs. Unless donors can fill the gap in public funding, scholars will be hit with a $1500 attendance fee.

Those who’ve attended or assisted the academy in recent years know its funding history has been fraught with uncertainty. Each year, past scholars and staffers write to the legislature to plead for continued funding of the program, which costs about half a million dollars to run.

For over 20 years, from 1985 to 2009, MSA was fully funded by the Missouri Legislature under the umbrella of the Department of Elementary and Secondary Education and had no scholar fee.

From 2010 to 2014, a $500 scholar fee had to be implemented following a two-thirds cut in state appropriations. MU and the University of Missouri System also partially funded the academy.

Since 2015, it has been a yearly back-and-forth of possible state funding, but the University of Missouri has been able to provide additional gap funding to keep the scholar fee at $650.

The funding picture for 2021 is much bleaker. MSA has zero funding from the Legislature and no additional university support. Following the pandemic, Governor Parson cut  $131 million from Elementary and Secondary Education and $41 million from Higher Education, so MU and the UM System have much less ability to support the academy.

The scholar fee presents a substantial burden for many families, and coincides with a significant reduction in scholar nominations each year it increases. When MSA first had to have a scholar fee, Director Steve Keller said, its nominations dropped by 20%.

“If that happens again,” Associate Director Rachel Harper said, “we might not have enough scholars nominated to run a full 330-person academy.” 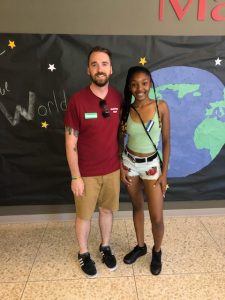 The financial burden imposed by the scholar fee will also reduce the diversity of socioeconomic backgrounds that make the academy so valuable to students. The academy has long been a place where privilege went out the door, and students from all parts of the state could gather as equals and learn from one another’s differences.

“At MSA you get so much exposure to many cultures, and it’s important.”

This was the key takeaway of 2018 scholar Ariel Gordon, a poet and self-proclaimed activist from St. Louis Metro High School. After the academy, Gordon was active in both Poetry Club and Debate, and she was also co-president of the Black Student Union.

At the academy, she studied in Doug Valentine’s major class “With Friends Like These, Who Needs Hegemonies? Employing the Sociological Imagination.”

“We were able to get in heated debates on deep stuff and respect everyone’s opinions, even if we didn’t agree. I feel like there was a lot of listening to stuff we don’t necessarily believe in, but it’s good just to listen. I feel like it’s especially important if you have an activist’s itch,” she said, “and we’re all activists in our own way. You’ve gotta listen to what people are actually saying.” 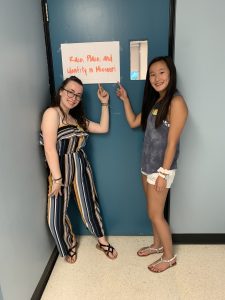 2019 scholar Emma Crocker, who majored in Stephanie Hasty’s course “Race, Place and Identity in Missouri,” said the academy exposed her to an array of perspectives she would never have encountered otherwise.

“I’m from a small town with very little diversity, so this course was one of my first experiences being able to discuss what people of color experience that is different from what I experience as a straight white woman,” she said.

“Before, to be completely honest, I didn’t even realize I had an identity. It sounds dumb, but it’s true. I felt like there was nothing special about me to form an identity. However, this course taught me that there are so many more layers to me as a person than I ever could’ve imagined,” she said.

Founder and MSA Director from 1985 to 2014, Ted Tarkow has long spoken of the value in balancing the state’s investment in lower-performing students with an equal investment in accelerated students.

“As we have argued from the start, it is in the long term best interest of the state to invest in the talent and potential of really bright students,” he said, “frequently when one looks at the long-term outcomes of investments in remediation, etc., one sees marginal results. The outcomes of  investment in talented students are much more promising. Giving bright students the reason to believe that ordinary government and education structures ‘work’ can only strengthen the stability of educational systems, while of course preparing bright minds to help argue for and implement change where it seems necessary.”

MU Honors College Director J.D. Bowers said he personally saw the transformative power of the academy’s programs when his daughter Julia, who is now flourishing in college, attended. Julia said the academy allowed her to explore subjects she never would have discovered otherwise, and gave her research skills she still uses. As a freshman majoring in Classics at the College of William and Mary, she said the academy was valuable both in expanding her social confidence and in nurturing her academic curiosity. 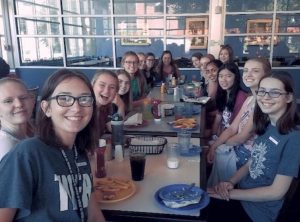 “As the nation’s first public honors college, our commitment to academic exploration and enrichment, as well as the quest for the internalization of the deeper values of discovery and learning for its own sake, all come together here,” Bowers said.

He said the accomplishments of academy graduates, 40% of whom attend MU, are the reason the Honors College continues to help coordinate the academy’s logistics and operations year after year.

In its inception, MSA was intended to support the gifted students across Missouri, who have no statutory right to gifted education. Statewide, gifted education programs vary heavily in content, funding and accessibility. The academy is able to unite students from each corner of the state, and give an equally treasured experience to students from districts with wildly different resources.

Jim Meyer, MSA alumnus turned coordinator of gifted education at Rock Bridge High School in Columbia, said, “A lot of my insights began as a student in the program itself. When I look back at what I assumed about the guys in my house, and what I grew to know about them over the three weeks, I was very naive.

“On one hand, I was surprised to meet people from so many different walks of life that nevertheless shared so much in common with me interest wise, and I also couldn’t assume that because we were all interested in similar things, that we came from similar backgrounds. In some ways, I learned that profoundly with respect to race, but more profoundly with respect to class.”

“It gives urban kids an opportunity to meet kids from rural Missouri. It gives suburban kids an idea what life is like in an urban environment, and an 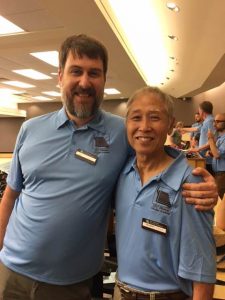 opportunity to gain empathy.” Meyer said, “They may have assumed that everyone lived like they do, but 16-year-olds live very different lives across the state.”

As an educator, Meyer said MSA has a noticeable impact on students who see what gifted kids can go on to accomplish. MSA asks kids to dream big, he said. Through its programming, MSA shows gifted teens what possibilities are in store for them, giving them representation that raises their self-expectations. MSA taught Jim as a student, and reteaches him on an annual basis as a staff member, that whatever he wanted out of himself going into June, after three weeks, he wanted more.

Another reason Meyer said MSA is so valuable to the state, and MU specifically, is its legacy.

“It gives people a vision of a college life that might at that point still be really nebulous to them, that involves potentially having a really fulfilling experience at a state school, which they may have decided for a variety of reasons may not be right for them.” Meyer said. “What it can do for a high schooler is provide a model for a lifetime of constant learning and engagement.”

“I don’t know if I would have returned to Missouri as a professional if I didn’t have this idea of MSA and what it means to be a Missourian.” Meyer said. “There are other programs that offer the stimulation the academy has for a price, but the great thing about it was that MSA didn’t have a price.”

Meyer has had talks with Columbia Public Schools about sponsoring the fee for scholars the district nominates, but said he fears the effect it will have on the academy if only wealthy districts can afford to nominate their students.

Those who wish to support future scholars at the academy can also donate to the academy’s Mizzou Give Direct page.